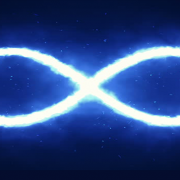 When you can unify physics then you can explain all of the universe right away because nature didn’t split everything up, science did. Nature is ruled by one and the same thing, the giant polarity of being and not being, matter and heaven, man and woman. This is the theory of everything, this is how the cosmos works, just like the Chinese already said 2500 years ago with their Taoism.  Universe is an Omni Creative balance, without a God, without complicated math. A balance right at the surface that covers everything there is and isn’t and comes together in your own consciousness. Above the physical you enter a dimension higher into the spiritual world and rumor says this goes on forever, i don’t know about it. I can explain the cosmos with one big polarity and i know behind it is the spiritworld, the world of pure consciousness and that’s enough for me so far. Detailed explanation of the universe step by step is on ‘unification complete’

The brilliance of the universe

Sanity back on Earth with Grand Unification
Scroll to top