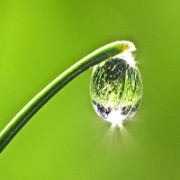 An unimaginable big revolution. The discovery of the immaterial structure behind the material. In one strike the whole material world explained and understood. Place matter in polarity with heaven and everything explains itself, the material world unfolds itself and the immaterial world behind it reveals itself. For centuries and centuries, thousands of years mankind been looking for the answer, for thousands of years humans believed in a God, for thousands of years human has researched nature. And then it appears that everything is a stupid simple balance, really an absurd simple balance, just like between a man and woman. The whole universe appears to be working like that, from start to end. And still you won’t believe it, but it fits and explains everything, anyone can verify it, anyone awake can grasp it. The earth is round because it stands in heaven, a toddler can get it. And it is real, still when I type this and the outside world still doesn’t know this and thinks the truth is impossible and the most clever professors are looking for it, piece by piece…maybe in the year 2140 we’ll discover the truth! But the truth isn’t difficult at all and not even new, it is exactly like Taoism, all matter obeys heaven. And if this comes out, hopefully during my lifetime, because it appears to be incredible hard to get something out against all expectations, then the shock will be enormous. Like the human brain awakes again, finally the human mind Is capable again to understand things, finally the dots connect again. Everything around us understood, what an enlightenment. This is the biggest revolution, of understanding and alignment between our spirit and the outside world. And with it the entire technological revolution of finally understanding life and nature. There is a layer behind the solid matter, an immaterial structure of being inside not being. And this explains the physical outside world. And this immaterial layer stands above the physical, it is stronger. The consciousness stands above the world. With the knowledge of the immaterial structure you can control the matter. You understand what causes energy, you understand now why everything looks the way it does. We can take control over life now ourselves and produce energy. The human will reach the almighty state, that’s how big this revolution is. And it is the start of an independent planet fully in balance, where humans can finally grow spiritually and doesn’t have to worry about material things.

There is no God

Where does man come from?
Scroll to top