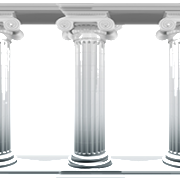 How long has mankind been searching for the truth? How long already are we trying to find out where we’re coming from, where we going, who or what created this entire universe? How many people still believe in a God, how long ago did about everyone believe in a God? Like someone with a beard created the whole world in 7 days. And how long ago did we find out that we’re on a process of evolution and apes are our ancestors? That wasn’t that long ago. Humans are still fighting worldwide because one claims his God is better than the other. That primitive this planet still is. And how much misery does western capitalism cause, which isn’t much more as the law of the strongest. How complicated and heavy and divided and unjust is the ‘modern’ western system, where the ‘weak’ drop out and those who couldn’t care less rise to the top, because they manage to gather the most money.

A total divided world, completely out of control because it isn’t able to find the truth. It is expecting that the truth has to be really complicated, how does the universe work? No professor can find the answer. How do you unify magnetism with gravity? Impossible. Everyone going to school, everyone working hard and everyone trusting our scientists leading this planet in the search for the truth. They look for the cure for cancer, they look for the most efficient economic system, they look for the secret of the universe. Our professors are the smartest, most noble people that do their extreme best to improve the world. And while we wait for our professors, we try to live our lives as best we can. Study and working, trying to find happiness as individuals. And watching how our world around us gets more and more labeled and named and classified and divided. More and more borders and boxes and laws and rules and regulations, more and more is our society getting complex and rigid. And this runs equal with science looking for the truth and labels more and more things from nature but runs out of things to classify and gets stuck because everything has already been named and labeled. The truth is getting super inflated by science to unreachable heights, because they can’t find it. And this touches every human also subconsciously, feeling himself getting more and more restricted. Just like science has declared the truth super special, man itself is becoming more and more special too and cause of that more and more suppressed and restricted. Just to be a normal free human being without worries, is already very special and will make you rise above others.

Because science can’t find the truth, the tension in the world has increased immense. And the worldwide mass weaponizing we had in the last century, called the cold war. Truly insane and still there are nuclear bombs everywhere and these countries are still dueling. Really dangerous and completely irresponsible, like the world is run by a couple infantiles that just compete each other over who is the strongest at any cost. And I didn’t even mention yet how the whole world in the nineties lost the entire path itself and started to walk the opposite path. The moral was gone and suddenly it was all about money, power and sex. The inner fulfillment and the collective goal of a better world all together had vanished. Suddenly it was each their own and grabbing anything you could. The moral had vanished and the economic system took over with laws and regulations and punishment for who went wrong.

I’ve lost all respect for science and wish you could sue them in court for fraud and refusing the truth and risking selfdestruction of the planet.

Because no one realizes that these scientists have removed the truth from the game and with that the common sense and the moral and harmony and worldpeace on Earth. Because science has made the truth too special, when truth is in fact simplicity itself. Because science is looking for the truth like they are searching for a thing, an object like a rock in a field. Because science insists that the truth has to be complicated, because if it was simple, they would look really foolish. Because science insists that the truth lays outside of themselves and you can hold it and trade it. Everything science does is shutting out the truth. And because everyone on earth follows science, especially politics, Earth has become the dumbest planet in the universe. No other planet in the universe has drifted so far from the truth and made it that hard on itself. No other society is as extreme divided as ours.

And the truth is that the universe is a balance, a polarity between two things. Just like between a man and a woman. Between matter and heaven, a polarity that forces matter to become stable and find harmony with itself. You unify the physical laws childish simple by placing all matter in difference with heaven, the void which is an actual field. The polarity causes the tension which you find back in every physical force. That simple it is, that’s how the cosmos works. Exactly like the Taoists already said ages ago.

Heaven, the void, the vacuum is the boss and brings balance and order to all that is. And because science has stripped away all the power from heaven, Earth has become a chaotic mess. The moral is gone and the moral is merely being conscious of cause and effect in the long run. Because science insists that everything is matter and the answer is to be found outside of ourselves and has to be complicated, they’ve ruled out the truth and with that the natural order on Earth and no one feels naturally innocent and free anymore. Everything has to be kept in place by laws and regulations and punishment.

The universe is a balance and comes together inside yourself and stretches out into infinity and gives an endless perspective and possibilities. Everything is explainable and fully logical of cause and effect. And finally you can grasp everything around you again, finally you find out again how simple it all is. And it is good, really good, cause it is righteousness itself. And there is no God, it isn’t someone above and separated from us, God is ‘everything that IS’ like Bashar says and we’re part of that, we’re a piece of the pie.

Unification in science is the answer for a lot of problems on earth, it ends the religious wars, because you no longer need a God to explain the universe in a logical manner. And it shows we’re all equal, unification connects and dissolves everything. Everything and everyone can be guided back to the source where it reaches infinity. Unification shows that the universe is a balance and with that makes an end to the western madness competition. Because the whole competition of the law of the strongest is the least structure of existence in a society that hasn’t even solved yet the most fundamental questions. Unification opens the mind again of every individual, because it reveals that existence is infinitive. With unification you end the material search and show that heaven rules and bring infinity back and with that structure and morals and the perspective of an endless future.

Yes, it is that simple
Scroll to top