Diseases, from cancer to arthritis to baldness to bad eyesight to death. Is it normal to get sick? No, certainly not, though on this planet people act like it’s normal to get sick and eventually die because that’s what everybody does. Science has hardly any grip on our diseases, at best treated with medication or cutting things away with a knife.

One day our doctors will be seen as barbaric things from the past. Like they never heard of cause and effect, people get spontaneous cancer, from nothing. So make sure you get checked regularly because you can’t be too early finding a tumor! So the doctor can cut away cancer or treat it with all kinds of poisonous chemicals. I could better turn it around, what is there that a doctor can actually cure? A broken leg or an infected wound with antibiotics and pills to relieve pain or pills to thinner your blood and who knows what other try-hard treatments.

Just like physics, the doctors search for the solution in the material world. Cancer is caused somewhere within the DNA of the cell’s nucleus, which controls the growth of the cell. To solve cancer there is a lot, a lot of research needed, so make sure to donate a lot of money, a lot…for all those poor children with leukemia. Because there is nothing wrong with science, it’s doing its ultimate best, there is just more money needed for research. Well, they will never find the answer, just like physics can’t find unification. Because the answer is too simple. Cancer and about every other illness have an actual cause, namely a block on the immaterial level. We are namely not just matter, body cells, we are a force field, an immaterial field behind the matter. And when something isn’t right in this field, then you have a big chance it will cause a block on the material level. Which will cause about the entire list of illnesses.

Take for example cancer, you don’t just get that, like breast cancer. The breast lays outside the body, you didn’t grow up with them and if you don’t even feel comfortable about your breasts, you could develop a mental rejection for them. And in the long run this could materialize into a block and the cells on that spot will be closed off from the rest of the body and do what cells normally do, grow. There really is a cause, but it sits on an immaterial level and doctors and science don’t get involved with that yet. Or take Parkinson’s, also a block on immaterial level, right on the spot in the brains that control movement. Could be that such a person made a point with his expression of movement, or feels limited in his movement, could be anything really, differs from human to human. But what is equal in all of them is the fact a block gets created, what blocks off the brain cells and they die off and next a doctor tells you got Parkinson’s. Almost every illness is being caused by such a block, even baldness or poor eyesight. Or heart failure, hurt a person bad enough, shock him so hard and he will get heart problems.

Time goes fast and life is chaotic, but the difference between getting leukemia or not or rheumatism or not or far farsightedness or seeing clear is a very exact border. It can happen in a split second, but the moment a person loses his ‘balance’ and gets blocked from the inside, then it will have physical consequences. His life energy dims and now he’s stuck in the moment he ‘lost’ in time and space and got blocked. Physical consequences are inevitable, like just being tired already, the blocks are real. The human is an immaterial entity and that’s where it happens, not on the physical level. What causes the block differs from human to human, not everyone gets a heart attack when something bad happens. One when he’s very old and suddenly realizes something in a quiet moment, another in the middle of a soccer game. But the mechanism is the same and the solution also.

Because to cure all these diseases, you have to solve the blocks. And that is done by lifting the person, lift him and there where he stays behind, he is stuck. Next, you keep lifting him, you take off the pressure from the blocks, more and more and he will return into the moment he got stuck and lift him even more and that what he been stuck in, will return into the conscious and the pain and unconscious and loss will dissolve and with that the diseases and tiredness and all the troubles. It is 3D, the human is an immaterial entity in a 3D physical space with space and a timeline in which he can get stuck. Worse even, about all people have hundreds, if not thousands of such blocks and all of them die from them one day.

I’m explaining it here short and quick, but I’m 100% sure that every illness has an exact cause with a solution. And the cause lays on an immaterial level and the cure is to lift these blocks. Someone with glasses could have experienced something at age three which disrupted the balance between him and the outside world and with that the pressure on his eyes and next such a person becomes far-sighted or short-sighted. Such a person has to be brought back to that moment and be helped to lift that block, this is real, this is reality, such a person is stuck in space and time on the body. Would you lift such a block, then it is real and he regains his vision.

But science is still far removed from this, first they have to learn there even is an immaterial structure behind the material one, just like a magnetic field is immaterial. Fact we can get stuck as humans, fact we consist of layers and diseases are an effect of a cause. Science still thinks everything is matter, like the earth is flat and the cure should be material also in the shape of a pill. My unification is correct and if I get it out and can convince science that the universe is a simple polarity, then maybe we can get science used to the idea that there is an immaterial world behind the material one. Which is fully provable by the way, just like a magnetic field is real. And if that comes through, then maybe also the medical world finally wakes up and figures out that about all their diseases in their hospitals are caused on an immaterial level, because people been actually hurt and blocked. The diseases are a fully logical effect of these blocks.

Science is still totally ignorant and blind and demands that all illnesses have a material cause, if not the DNA, then something else which they still have to find. And the cure consists of pills, that don’t do much more as bringing someone in a certain chemical state. The reasons are things doctors never heard of and the fact that millions of people have to suffer and die is not to blame on science. Science is innocence itself, which consists of the most intelligent and noble people possible, that do their utmost best to help people. Apparently there is not enough peace of mind, the world is too stressed and tensed to see unification, to see the finer simplicity. And just like that, the world is too busy to see the reasons why someone gets a stroke. Something really happens with such a person, something really heavy dramatic, that such a person receives such tension on his head, on his beingness, that the blood veins just snap. It doesn’t happen spontaneously, there’s always a reason and maybe when science learns we’re spirits, then they start to address the emotional hurt that causes about all illnesses.

. @Bashar_ET about cosmos being one big polarity: https://t.co/M8GtNzVVhL
View on Twitter 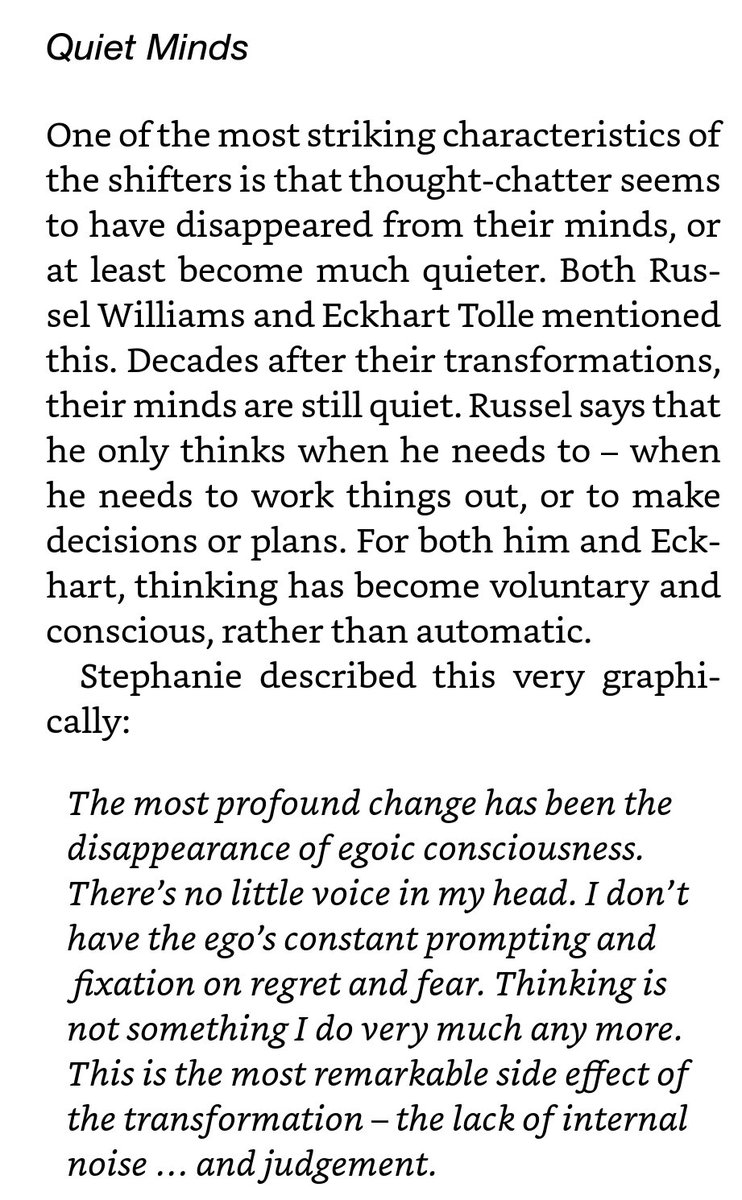