There is no death, death doesn’t exist, the human isn’t made of matter, human is an immaterial entity which leaves the body once it’s broken beyond repair. 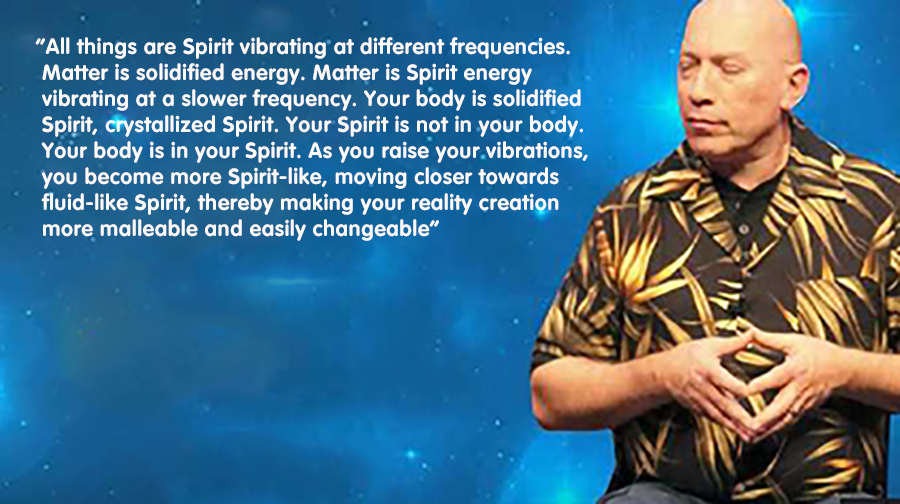 Quote from Bashar how everything is made of spirit and i like to ad how spirit has a structure of being inside not being, which comes out into this universe as a polarity of matter and heaven causing, space, time, matter and energy itself. Remove this polarity, remove matter and you’re left with spirit, with consciousness itself. We can’t die, we leave our bodies and rise above, matter, space and time a dimension higher, looking down on the 3rd physical dimension. I’ve read many books and they all describe the world after we die and i’ve had many contacts with spirits myself that confirm how there’s no death.

There is overwhelming evidence proving there is no death, you can leave your body and your consciousness and memory and everything stays the same being outside your body. YOU keep existing without a body. The experience might be different, because you’re in a different dimension, the physical word becomes subjective, it’s beneath the spiritual world. There are plenty books written about it, like Micheal Newton ‘Journey of souls’. An academic researcher placing people under hypnosis and make them talk about the afterlife. One by one, case after case, they tell exactly what happens after you die. What kind of lives they had inbetween lives and the lives they lived before this present life. How they lived hundreds of lives. Time is apparently not an issue in spirit world. Also am I watching this reality tv series of ‘Long Island Medium’, a psychic mom that talks to everyone she meets and gives them messages from their ‘dead’ relatives on the other side. There is just an abundance of proof, there is absolutely no death, physical life is merely a day in the cycle of immaterial existence. Or the late Derek Acorah in the UK and many many psychic mediums who proof to people day after day how their relatives haven’t died, but just passed over to a higher dimension. Or the TV show ‘Seatbelt Psychic‘ with Thomas John. In the UK and USA they have spiritual churches where you can walk in and watch mediums on stage contact the spiritworld. Mediums are everywhere and anyone can find out how there’s no death with a bit of research.

There is no death, because consciousness and who we are is an immaterial entity that has no time or space or mass, sitting inside the body and physical world