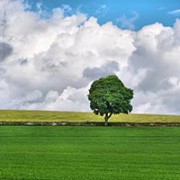 I try to explain unification to people, but getting it actually across is hard, very hard. Because people cannot accept that unification is that simple. People carry the deep assumption that the way the universe works is supposed to be hard, very hard. Even the most smartest professors cannot find the answer, for centuries and centuries. It is actually the assumption that mankind has never yet seen how the universe works and that it is maybe impossible to ever find out how it works, we are supposedly not intelligent enough.

But the problem is, that it is that simple, it is just a polarity of matter standing inside the void, matter stands out in the void and the void is an actual field and this difference causes the tension. Just as simple as water stands in polarity with fire, a simple polarity of two opposites that don’t mix. For unification you take the biggest polarity possible, the one between all the matter and the empty void around. It is that simple and solves all the physical questions, all the scientific questions. All behavior of matter, all its movement and colors and shapes, are an effect of the polarity with the void, the vacuum, heaven.

It is that simple, the collective assumptions about unification just have gone way out of hand over the years and no one feels legit anymore to even think he could be smart enough to figure it all out, that would be arrogant. And no one looking for it could or would have found it, because unification is that simple, it doesn’t compare in any way to the expectations. I wasn’t looking for it, I was looking for something real in a world that had lost the way and later realized it is grand unification in science also. And I’m not smart, but I am able to research things patiently and think outside the box.

It is that simple, as simple as a square being a square and a circle being round, the universe is a simple polarity, just like between a man and a woman. And it isn’t even new, the Taoists already knew, the western modern world just still has to discover it and accept that it is that simple. Why would the universe be complex? It can get complex sure, can make things as complex as you like, because 1/0 gives endless possibilities and structures build on top of other structures. But as the basis lays the most simple and most obvious thing possible that covers all there is and is not: being and not being, matter and heaven, man and woman. Two entities that cover it all into infinity.